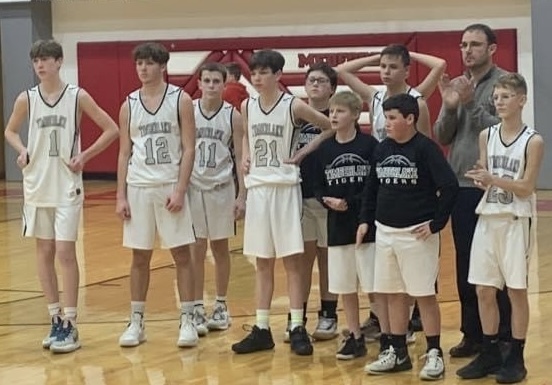 Congratulations to the JH boys team as they played a hard fought game in the finals of the JH Medford Tournament but came up short in overtime versus Lomega.  The Tigers began the tournament with a big win over Ringwood and then won a closer game against Kremlin to punch their ticket to the finals.  The championship game was tied at 31 after regulation.  Overtime came down to the last second and the Tigers lost 33-35.  Congratulations boys and Coach Pierce on a well played game and a great tournament!